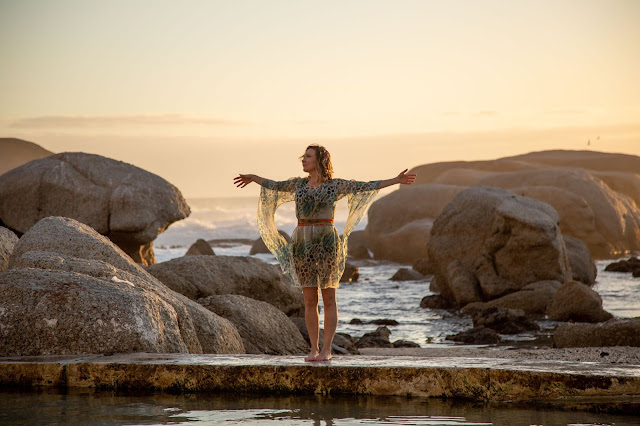 Last week I spoke about the role faith plays in the manifestation process. The recap: It doesn’t matter who your religious icon is or if you aren’t even religious. You just need to believe that it’s going to come. I personally like to believe in myself and my ability to bring in what I want through the flow of life.
This week’s post is very synchronistically one that’s on point by life of a reminder for me of the grace in letting go by teaching it to others.
To speak personally of something so close to my heart that I’ve been working on manifesting for almost two years now, it’s come to the time for me to let go. I have done everything I can to bring it in. I’ve aligned my vibration and have the knowing, but energetically it’s come back around for another round of me wanting it too much, and needing to let go even more.
Until recently, I had arrived at a point of not even really wanting it anymore, but when a whiff of it got up in my face the other day, I saw how much I very much still want it and am holding on, despite my actions in the physical world reflecting otherwise.
Energetically, I’m still waiting for it which indicates there’s still a ‘want’ and ‘lack’ energy, which is going to keep it away.
Letting the want, need, and waiting for it go releases it from the creation point inside your consciousness and gives it permission to find its way into your reality through the path of least resistance.
I find letting go to be an act of having done everything I can, and then getting out of my own way and letting it find its way to me.
I’ve done my best, I’ve made the adjustments necessary on the inside. There’s nothing more for me to do except trust the process and let go.
I know how hard it is when you really want something, to let it go. With this specific circumstance, I didn’t even know how to let it go because it dug its way so deep into my heart so quickly and made itself at home in love, yet outside in the physical world, there was no trace of the manifestation. I just loved it with my entire soul and wanted it more than I wanted anything in my life.
In this instance I’ve found letting go can involve disappointment and tears of grief, but sometimes if it’s not something that feels like the world is going to end if you don’t get it, letting go is easier. If you’re feeling like the world is going to end if you don’t get your desire, you’ve got a long path of energetic alignment ahead of you, and I am here for you if you need any guidance.
It’s been a slow process for me, one tiny letting go after another over a few years, And I’m at the point where I no longer want it, but energetically, now I feel like I’ve walked away but am looking over my shoulder to see if it’s going to appear in the distant horizon behind me trying to catch up with me at the last minute.
Clearly, I haven’t let go fully. Clearly I’m still out of alignment. Clearly I still want it. More work for me to do. But what is different is that I know the work I have to do is for me to get to a peaceful place inside myself because that’s what I deserve, not because I’m trying to consciously align with it. That’s not letting go. My decisions have to be based on what is best for me, not what else I can do to make it come in. That’s getting in my own way and trying to align is actually the opposite of aligning with what you want. Letting go of getting it or wanting it clears the energy (resistive frequency) keeping it at bay.
The best way I’ve heard the energy of “letting go” explained is thus: When we plant a seed in the ground, we don’t go and dig up the ground above the seed everyday to see if it’s started growing. We just leave it in the ground and trust it’ll pop up through the soil when it’s been through the necessary  growth process and found its way to the surface.
It’s the same with manifestation and getting what we want in life. Sometimes the path of least resistance is going to take years before you’re ready to receive it. We need to get to the point inside ourselves where we have the capacity to hold the experience at a level that is not going to do more damage than good. Like a toddler who sees mom doing triathlons and cries because she’s not allowed to join. Baby girl hasn’t developed properly yet. She first has to grow some more and learn a whole lot of other things in life before she’s ready to experience something that wasn’t in her developmental capacity yet.
It’s the same with this. Work on opening yourself to receiving in the meantime by saying yes to other experiences. Our ability and capacity to receive is also a biggie in the manifestation process, and now that I’ve completed the Manifestation recipe series, I think the next good theme to speak about is the energies of giving and receiving and how important it is we do both.
Anyway, I’m sure you get the idea now. I urge you to take a look at your desires and see where you aren’t letting them go so they can find their way to you.

Start a Fling with Faith For Manifestation

Eight Ways To Get Yourself Ready to Receive Your Manifestation