Forgiveness: It’s For Yourself 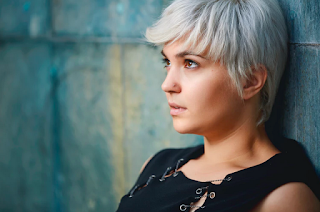 This week, I’m speaking about the value of forgiveness. I’ve been feeling this post calling me for a few weeks now. Not quite feeling like I was in a space that allowed me to dig deep enough to really let it flow out, I put it off. Still, each week, the internal tug came, and this week: it’s time.

There are events that unfold in life that sometimes leave us feeling hurt and betrayed, sometimes beyond words, and the emotional pain and wounding from the situations can lead to us holding onto the pain as a reminder to not trust the person or the situation again. The pain serves us for a while, but holding onto it for too long only hurts yourself.

Sometimes we hold onto the pain until we get an apology, when in truth, we may well not get an apology at all, because at the end of the day, either the person is not sorry, does not think they have done anything to be sorry for, or does not care.
Ultimately, you are the only one left stuck in the pain, while they’re off living their life and moving forward, regardless of what wrong they may or may not have done. Sometimes we say we forgive people only to bring up the bad experience in future arguments or fights, which ultimately isn’t forgiveness either. It’s not a case of forgive and forget. We can forgive, and we can remember the lesson, but we leave the pain associated with it behind us so we can move on to a healthier, lighter future. For ourselves.
Are you going to hold onto that perceived betrayal and let it turn into bitterness? Are you going to get lost in the story you tell everyone you meet because you want your suffering validated from outside because the person who performed injustice toward you hasn’t come forward to apologise? Are you going to play victim to your own suffering? Are you going to seek revenge and wish ill on the person you felt hurt you?

There are many ways to take the losses… or… you can choose, instead, to take lessons. You can choose to feel your pain, acknowledge it, give yourself space and time to grieve the situation and process it from your heart, with compassion and understanding, and then thank the pain for the lesson it wanted to teach you, and then move forward with a healthy attitude.

Believe me, I have experienced deeply painful things that have been difficult to move through for the longest time. When I was a child, I know my parents did their best, but now that I’m an adult I see adults all kind of just wing it through life because a large portion of the human population have no idea what they’re doing or what life is about and hardly anyone has any solid answers.
There were things I found out about when I had grown up, decisions my parents made that they thought was best for me at the time, and it was, but they lied to me about their decisions because they didn’t want me to be angry with them. I’m not sure what they were thinking at the time, but their lie resulted in the 13-year-old version of me absorbing personal failure on a deep scale that affected me for years. Only to find out that it wasn’t a failure, but their decision to do what they wanted with my life and lie to me about it.
When I found out I was furious. Especially considering the hypocrisy of being raised to tell the truth above all, and then be lied to by the people who demanded I be honest. At the time that I found out, I was 23. I was still too young to process is, but learning the truth unleashed a fury in me that took over a decade to bring to peace. I was then scolded for being angry, and in general, not allowed to be angry for being deceived. This created even more emotional triggers for me that at 23, I didn’t understand. I was just thrown “honour your parents”, like they are infallible and shouldn’t be held accountable for their fuck ups.

Only in the past few years did I reach a place of feeling confident in holding them accountable for allowing me to absorb their choice as my personal failure, and standing my ground in feeling my anger, confusion and pain to do with the childhood event. I remember my parents trying to shame me for my anger some more when I approached it from full adulthood, and me telling them I would now allow myself to be angry for as long as I needed to because my anger was, in fact, justified. And off I went, not speaking to them for a few months.
Today, I can feel the pain is gone and I realised my parents were just regular human beings running unconscious behaviour patterns. I mean, my mom was 19 when she had me, and my dad was 22. These humans knew nothing about life or even themselves when they brought me into this world. Who I am as an adult (a conscious and aware 40-year-old) was projecting a lot onto those young unconscious kids who thought they were doing the right thing.

And so I can forgive them for not knowing any better. I can forgive myself for not being a personal failure. I can reparent myself and be honest about my own decisions with myself, and I can let go of the pain.

The pain we carry around when we don’t choose to forgive causes such a heaviness in us that it keeps our frequency lower than it could be if we just decided to drop the emotional anchor keeping us stuck. Dropping the pain and leaving it behind you clears space for new, healthier experiences to come in.

No, it doesn’t mean what they did is ok, and it doesn’t mean you’ll put up with the same behaviour again, and it doesn’t mean they shouldn’t take responsibility for their actions. As an act of self-love, we are allowed to choose what we’re willing to participate in. If it feels like people have no desire to improve as humans, and their unconscious patterns are still running wild and unchecked, you have every right to withdraw and distance yourself out of self-preservation.

Forgiveness doesn’t mean that they did was ok. It means we’re no longer willing to carry pain in response to their actions. It means we choose our inner peace over anything they have done. We deserve to move through life with a clear and light heart.

Forgiveness is for ourselves, because we love ourselves and want to transcend our suffering so we can live with peace in our heart. Living with peace in our hearts is alignment for better to come in. If we’re hanging onto old pain and being stubborn in letting it go, the only thing we’re aligning with is more of what’s in our hearts. Letting go of the pain is resetting and clearing your attraction points so you can attract better experiences.

How can you begin to forgive?

To forgive others, try and look at the situation from a higher perspective. When you realise that people can only meet you as deeply as they’ve met themselves, you can also remind yourself that their actions are just a reflection of their relationship with themselves and their life. If they’re behaving in ways that hurt other people, chances are they’re hurting themselves the most and are not treating themselves with much love and respect at all.
We can remember that most human beings have no idea what they’re doing or how to do life, and that everyone runs unconscious patterns to some degree or another. Some way more than most. But the point is, we can learn to not take their behaviour personally. Their behaviour is a reflection of their level of consciousness. And you feeling pain in response to their actions is a good sign that you’re alive in a world that’s mostly numbed out on antidepressants, or drowning in their coping mechanisms such as alcohol, sex, and drug misuse just so they don’t have to look at themselves.

If they had to look at themselves, their worlds would probably crumble because of the magnitude of darkness and self-destruction they hold within themselves.

I genuinely can arrive at a space inside myself where I feel compassion and empathy inside myself for the condition they must be in on the inside if that’s the sort of thing they are doing to other people.

When I can see their broken being, I can still honour my pain, but let go of it, knowing the wounding would have hit anyone in contact with that person and will continue to until they meet themselves, forgive themselves, learn to love themselves, respect themselves, and care for themselves. And I turn around and do me. Their actions can’t hurt me anymore now that I know they are ultimately at war with themselves and that I was just an unfortunate bystander.

And unless that person has committed to their own growth and evolution, you don’t have to begin engaging with them again either. You can just move forward in your life and do your best to heal and live your best life, despite what has happened.

Forgiveness puts you back in your natural vibration.

Take what happened as a lesson, not a loss.
Click here to schedule a session with me online to explore your personal evolution or get personal guidance.⁠
⁠
I can assist you in learning to:⁠
*Raise your vibration, expand your consciousness, or manifest your desires.⁠
*Transform and become a conscious creator and choice maker.⁠
*Shift through your self-limiting beliefs and step into a fuller, more vibrant version of yourself, and live your happiest, healthiest, wealthiest, best life.⁠

Want To Wake The World? Then Wake Yourself