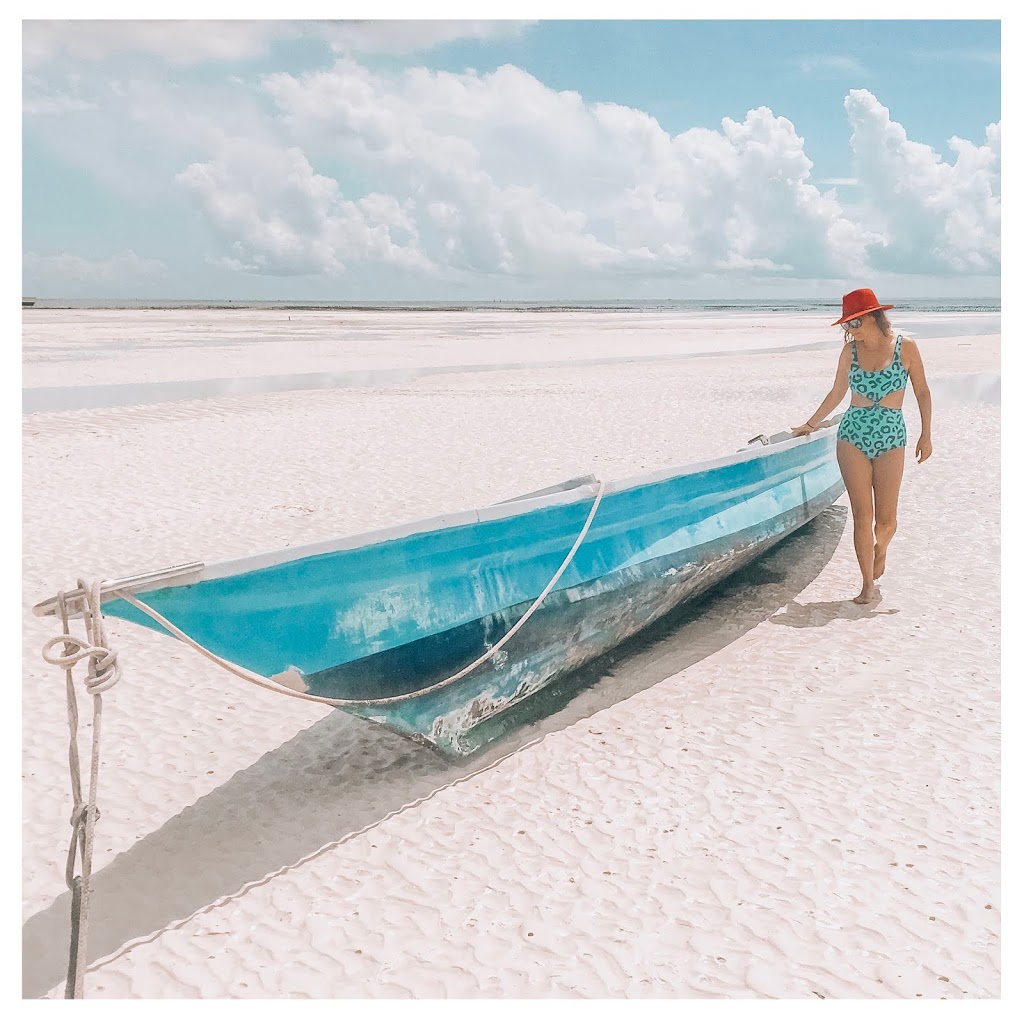 Zanzibar: The Expectation Vs The Reality 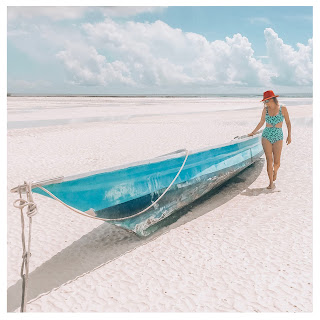 Generally speaking, I’m a positive and optimistic person. I trust the process of life, and I have an easy time going with the flow. Usually. I wake up and set intentions daily for how my experiences will go, and I am a conscious and deliberate choice maker. Life has a way of throwing curve balls however.

My time in Zanzibar did not unfold the way I thought it would and the experience was quite a challenge for me. It’s the first time I have travelled since being fully awake and conscious, and due to a number of influencing factors, I compromised my values of intentional and deliberate living to go with the flow and accept what life wanted to show me from my time there. Language barrier, cultural differences, and doing what I thought was best to not respond to the environment like a spoiled, entitled ‘western’ brat because it was a temporary situation for me, but that is the local’s lives permanently. These are just a few aspects that influenced how things played out.

What life showed me is the importance of being resolute and beyond disciplined when it comes to intentional living, because if we let outside circumstances and new environments influence us away from ourselves, we are going against our truth.

The following words are clearly negative, and it’s a rare occurrence that I am negative, but I don’t want to claim to be perfect, or be inauthentic with you. I managed to master my daily living in a space that is my own, over long periods of time, but when in a new environment, with different cultural conditioning I see I have a long way to go. I am choosing to be gentle with myself in my disappointment, and see that travelling consciously is a whole different ballgame to ‘unconscious travel’, and I see an opportunity for conscious travel to become a new form of meditation for me.

Zanzibar
In short: my vibration slipped as I let go of living intentionally and stopped being a conscious choice maker.

Roar
At home, I have no remorse roaring in a man’s face if I see anything shady coming my way. You’d be surprised how well roaring at full ferocity works to get the bad vibes away. It makes them think you’re crazy. There’s no telling what else a roaring woman is capable of! Who does that?
Anyway, back to Zanzibar: I expected that I would be able to go outside for a smoke in Zanzibar without constantly having someone asking me if I want drugs and when I ask them to leave me alone because I’ve already politely declined three times and still, they carry on, I got yelled at and told I’m shit and that I’m a foreigner and I must leave.
When I left Cape Town my energy was high and strong. Zanzibar managed to knock me down in just a week and a half, and now this is the experiences I’m manifesting?
I expected that my vibration was high enough for me not to attract these situations into my reality!
3D Density
Was it a direct reflection of me, or did I cross the dimensional threshold back into the dense 3D Matrix? I definitely have a sense that I’ve been living in a higher frequency reality for the past two years, at least. Everything has been going really well and I’ve been ascending in my frequency range at a steady upward pace.
I did encounter other women in the all-female dorm who had the same experiences as me (bar the molestation from an airbnb host). I remember on the first day I arrived, I was feeling strong and I’d met a European woman who said she was meant to stay in Zanzibar longer, but the locals made the experience unpleasant and so she was leaving early.
Is this what Zanzibar is? For all the beauty that’s portrayed in the media, and how ‘friendly’ you read the locals are… nobody has actually been calling a spade a spade with this place. Oh… and when I told my friends at home who had been here before about my experiences with the locals, they said they felt the same discomfort and resentment for not feeling safe to explore the island without getting harrassed by locals on the hustle.
I get they are an impoverished country, and they have every right to make money to feed themselves and put a roof over their head, but their hustle has a strong and super distorted shadow. And me, in response to this shadow: I felt so angry and disappointed that what I was hoping would be a time for me to de-armour and let my guard down has turned out to be two weeks of constant shielding and hiding away. Coming from South Africa, where we need to be street wise and wear our fierceness like it’s our favourite t-shirt everyday, I did not anticipate that I would feel a sense of urgency to leave this popular island just to feel safe and relaxed. I feel like I need a holiday to recover from my holiday!
Positive traits of the island: Zanzibar’s natural beauty is outstanding, and the food is spectacular. Although I will need to detox after all the chipate, rice and potato in the food!
If there’s anything I take home with me in my first-hand experience of Zanzibar, is that I have a renewed appreciation for my life in Cape Town! Even if our ocean water is ice cold! At least we can stand and check the beach out for a minute without someone trying to push overpriced trinkets on us.
Click here to schedule a session with me online to explore your personal evolution or get personal guidance.⁠
⁠
I can assist you in learning to:⁠
*Raise your vibration, expand your consciousness, or manifest your desires.⁠
*Transform and become a conscious creator and choice maker.⁠
*Shift through your self-limiting beliefs and step into a fuller, more vibrant version of yourself, and live your happiest, healthiest, wealthiest, best life.⁠ 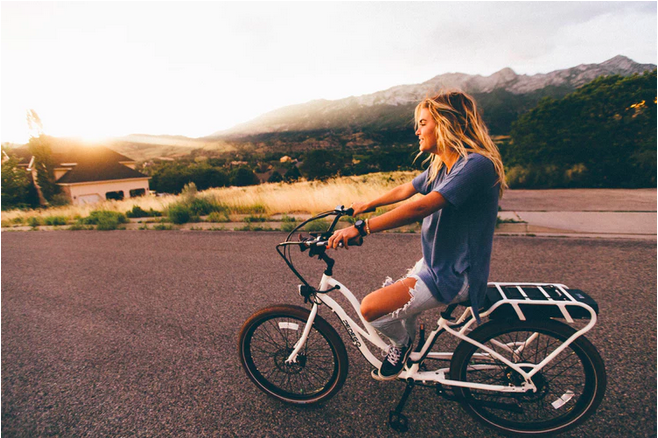 A Cycle Ends As Another Begins 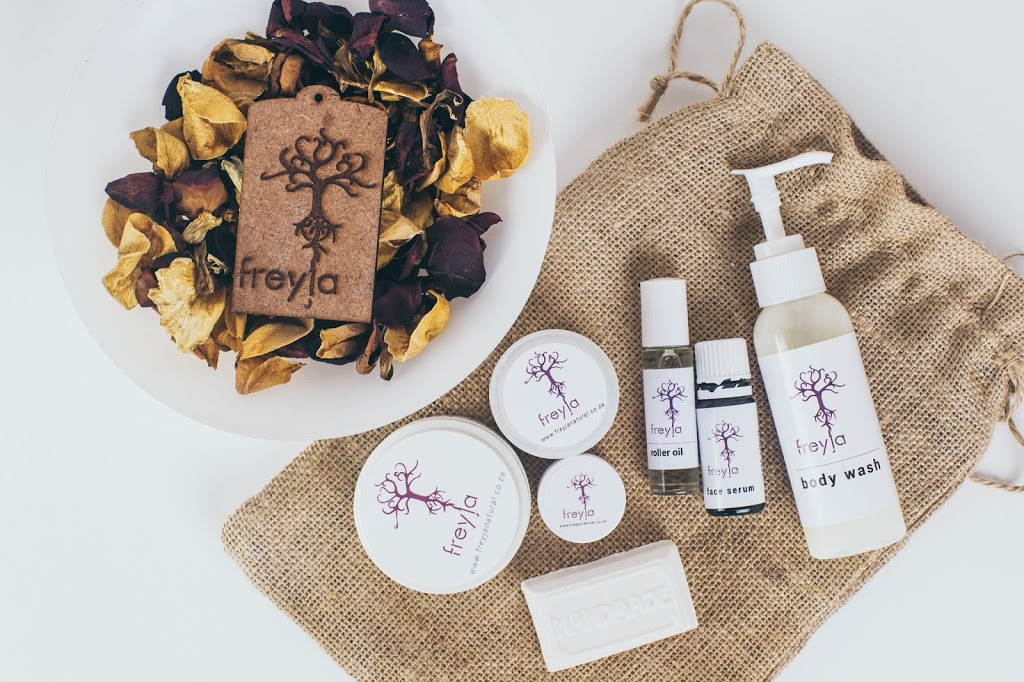